Eden Prairie, MN (July 31, 2012) – In a new study published by Michigan think-tank, The Mackinac Center for Public Policy, IAF ranks 4th among ALL city/urban high schools in Michigan. The study, as cited in the July 20 edition of the Flint Journal, revealed that three of Michigan’s top schools were located in Flint, among which the International Academy of Flint (IAF) topped the list.

“This is a wonderful endorsement of what the SABIS program can bring to a city in need through an outstanding school team such as IAF's,” stated George Saad, SABIS Vice President.

The Mackinac study ranked all the state’s high schools based on college-readiness tests such as the ACT and the Michigan Merit Exam. The study also took into consideration factors such as poverty and other demographics in order to account for socioeconomic disparities among the schools. The Mackinac Center findings also indicate that IAF is ranked 8th among all Michigan public high schools and 5th among Michigan’s charter schools.

Since graduating its first class in 2007, IAF has achieved a 100% college-acceptance success rate each year for all its seniors. The school has received numerous awards and recognitions at the state and the national levels, including multiple awards from US News and World Report’s ranking of “America’s Best High Schools”.

IAF was founded in 1999 and is a member of the SABIS School Network, a K-12 college-prep school network, serving students in 15 countries on 4 continents. IAF’s charter is authorized by Central Michigan University. For more information on IAF or on SABIS, please visit www.iaf-sabis.net or www.sabis.net.

New Book About SABIS®, "From Village School to Global Brand: Changing the World through Education," by Professor James Tooley.

New Book About SABIS®, "From Village School to Global Brand: Changing the World through Education," by Professor James Tooley. 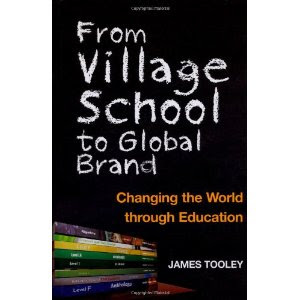 Q. Can education be run as a profitable business and still be driven by a humanitarian vision?

A. SABIS® shows the answer is yes.

With eighty schools in fifteen countries and over sixty thousand students, SABIS® is a global education company committed to improving lives. SABIS® has successfully managed schools for 126 years—including the first charter school to reopen after Katrina—and this fascinating history explains the new paradigm it is spearheading and will appeal to anyone interested in education.

About James Tooley
James Tooley is a professor of education policy at Newcastle university, where he directs the E. G. West Centre. He is currently chairman of education companies in Ghana and China creating embryonic chains of low cost private schools. He is the author of numerous books on education including The Beautiful Tree: A personal journey into how the world’s poorest people are educating themselves, and Educational Equality which he co-authored.

From Village School to Global Brand is now available on Amazon and on Kindle.  For more information about SABIS®, visit www.sabis.net.
3 comments

If approved by the State Board of Elementary and Secondary Education in February 2013, both charter schools will open in fall 2014 serving grades K-5 with 540 students, adding one grade level each year until becoming K-12 schools with approximately 1,200.  Both schools will implement the proven SABIS educational program which features a longer school day, student uniforms, and feature weekly assessments to diagnose student learning progress.  For more information about the SABIS system, please visit www.sabis.net.  Below is a press release from the Massachusetts Department of Elementary and Secondary Education.

The increase in prospectuses submitted, up from seven last year, follows a decision earlier this spring by the Department to lift a moratorium on new applications for several cities, including Boston and Lawrence. Such a moratorium became necessary as the number of charter seats in those communities were nearing statutory enrollment caps. The Department now projects that at least some seats will be available in most communities over the next four years, prompting the Department to open this year's application cycle to all cities and towns.

"Charter schools provide parents and students with important public school options as they consider the educational program that best meets their needs," said Commissioner of Elementary and Secondary Education Mitchell Chester. "I look forward to reviewing these prospectuses and inviting those groups that meet our application criteria to submit final proposals."

Founding groups whose prospectuses show the most promise will be notified by mid-September and invited to submit a full application. Full applications will be due to the Department on November 7, 2012. Those final applications will then be reviewed and evaluated by Department staff and external review panelists with expertise in education, business, legal and organizational structure. Commissioner Chester will then make his recommendations to the Board of Elementary and Secondary Education, which will vote to award new charters at its February 26, 2013 regular meeting.

In January 2010, the Patrick-Murray Administration raised the charter school cap in the lowest performing school districts and made a number of changes to the charter authorizing process. The cap on district net school spending under the Achievement Gap Act is being raised from 9 percent to a maximum of 18 percent through incremental steps. The cap lift only applies to districts with academic performance in the lowest 10 percent as measured by MCAS, and applicants under the cap lift must have a proven track record of success in increasing academic attainment and commit to working with a diverse population of students. Sixteen new charters were awarded in February 2011, and an additional four were approved this past February.

The 2012-2013 proposals that were submitted for consideration are:

BROCKTON, Massachusetts (Enterprise News July 25, 2012) — An international for-profit company that runs 80 private and charter schools planned to file an application with the state today to open a charter school in Brockton in 2014.

SABIS submitted a letter to the Department of Elementary and Secondary Education last month informing it of the company’s intention to file another application this year.

Preliminary applications to the state are due today, a deadline that Jose Afonso, director of U.S. business development for SABIS, said he is “99 percent certain” the company will meet.

This year’s proposal would be very similar to the one submitted in 2007, calling for a K-5 school to start with about 500 students.

Each year, the school would add another grade level until it reached 12th grade and an enrollment of over 1,000 students.

Faelton Perkins, the Brockton resident who led the charter effort in 2007, is again pushing the effort this year.

He said he wants to see public charter school options for Brockton residents and believes in the SABIS model, which features weekly testing to identify student weaknesses.

“There’s no sense that any one thing is going to change the world or change the city, because it isn’t. But with cooperation, we can make the city more livable and better for all of us,” Perkins said.

Afonso said the other SABIS schools in the state – one each in Springfield and Holyoke – have done well in closing the achievement gap between minority students and white students, which he credits in part to the frequent testing.

“By giving us the ability to pinpoint weaknesses as they’re developing, it allows us to react to them in real time before a students gets stuck, unmotivated and frustrated,” he said.

Afonso said they will learn in November whether the proposal made it to the final application round, which will be decided by the education board in February.

Erik Potter may be reached at epotter@enterprisenews.com.