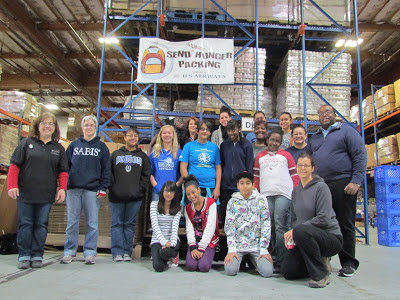 SABIS International School of Phoenix's employees along with family members and students volunteered at St. Mary’s Food Bank in Phoenix, Arizona, this winter. The volunteers were informed by employees of St. Mary’s about how many people go hungry every day in Phoenix and across the U.S. The students learned that 16 million children live below the poverty level and many go to bed hungry each night. That equates 1 in every 5 children. This statistic really inspired the school's students and staff who volunteered for 3 hours and spent every minute of it working hard. After volunteering at the food bank the students returned to the school and helped staff assemble food boxes for some of SABIS International's neediest families. The efforts of the staff and students fed 30 of our own families and provided them with Christmas presents.

A proposal to build a charter school in Brockton has failed to make the short list being recommended to the state Board of Elementary and Secondary Education for approval on Tuesday.


“They’ll fight tooth and nail to protect their monopoly,” Afonso said. “It’s about power and money.”

Education Commissioner Mitchell Chester backed five new charter applications on a list of 11 finalists. The International Charter School of Brockton was one of six that did not make the cut.

“The board only votes on proposals that the commissioner recommends,” he said.

The proposed Brockton charter school would have opened in 2014 with 540 students in kindergarten through Grade 5, and gradually expanded to 1,200 students through Grade 12. A nine-member board of trustees, consisting of community members and area business leaders who belong to the founding group, would oversee the school, while Sabis Educational Systems operated it. The international for-profit company runs charter schools in Springfield and Holyoke.

While Sabis has a proven track record in the state, Considine said the charter goes not to the company but to the founding group.

But Mr. Chester again rejected a proposal by SABIS Educational Systems to open a charter school in Brockton.

That city, with the state’s fourth-largest school system, needs better options. SABIS, which serves more than 60,000 students in 15 countries, is well qualified to provide the choice and competition Brockton needs.

This marks the second time that the Patrick administration has rejected a SABIS-based school for Brockton. In 2008, Jeffrey Nellhaus, acting commissioner of education, recommended a 1,300-student SABIS proposal for Brockton. It was rejected by the state Board of Education in part because of opposition from then-chairman Paul Reville of Worcester. 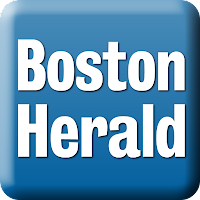 The debate over charter schools has returned to Brockton, the scene of an unfortunate political battle over a charter school proposal back in 2008. The Patrick administration won that round by meddling in the application process. The administration has an opportunity now to prove the process is free of any improper political influence.

A group that includes former Brockton Mayor John Yunits has applied for a charter to open the International Charter School of Brockton, and plans to contract with Sabis, a for-profit company that runs successful charter schools in Springfield and Holyoke, to run it. Brockton is the only so-called “Gateway City” in the commonwealth without a charter school.

That distinction is thanks in part to former Education Secretary Paul Reville who back in 2008 quashed a similar application for a school in Brockton to be run by Sabis — against the recommendation of the commissioner of elementary and secondary education whose staff vetted the application and recommended it for approval.

Reville has moved on. His replacement? Matthew Malone, who as superintendent of schools in Brockton until late last year helped lead the fight against the very charter application that is now pending. Just a few weeks before Patrick appointed him education secretary Malone proclaimed that Brockton doesn’t need a charter school and according to the Brockton Enterprise called the current application “an embarrassment.”

Malone will stay out of the final Brockton decision. And of course it is the default position of superintendents to fight charter schools that they (disingenuously) claim will “drain” money from district schools. As Patrick’s right hand on education matters he may now be singing a different tune, given the administration’s support for (limited) expansion of charter schools.

That tune should be that charter school applications — whether it’s this one in Brockton, or any of the others currently pending — must be evaluated strictly on the merits and according to the requirements of state law, and without interference by political appointees who see any particular advantage in the outcome.

Give Brockton students a choice

The state Board of Elementary and Secondary Education’s vote later this month on a new set of charter school proposals is an opportunity to give thousands of Massachusetts kids access to a great school. The list of proposed charters includes the following schools in cities outside of Greater Boston:
In the Greater Boston area, there are also two charter proposals, replications of the Pioneer Charter School of Science to serve Saugus-Peabody-Lynn-Danvers-Salem and to serve Woburn-Stoneham-Medford-Melrose-Wakefield.

Several other charters are also asking for increases in grade levels served. Most of these charter applications come as a result of the 2010 education reform law that increased the percentage of students within poorly performing districts that can attend charters from 9 to 18 percent.

Over the next few days, I'd like to share a few videos of the charter proponents explaining the reason they are seeking to create new schools. Today's video is of Jose Afonso of SABIS International explaining the genesis of the application to create a K-12 school in Brockton.


The International Charter School of Brockton is to be operated by SABIS, an educational management company that runs highly successful charters in Springfield and Holyoke. Its Springfield school has been rated by both Newsweek and US News & World Report as one of the nation’s top high schools.

Those arguing against the new Brockton school, such as the district administrators, say Brockton doesn’t need a charter school. The fact is, however, that Brockton's MCAS scores rank in the bottom 10 percent statewide. While the city’s high school has seen modest improvement, performance in its elementary and middle schools has actually worsened since 2009.

In addition to dramatically better MCAS scores, the SABIS International School of Springfield’s 2011 graduation rate was over 90 percent; Brockton’s was less than 70 percent. In the 12 years that SABIS Springfield has had a graduating class, every graduate has been accepted to college.

There is another reason for the new Secretary of Education Matt Malone and the Board of Education to approve this application that was cited by the Boston Globe editorial board for "jettisoning SABIS" and in the process
abandon[ing] minority families in more than a dozen communities. SABIS is one of the few educational systems in the state where minority students not only perform on par with white students, but outperform them, as well.

It went on to encourage SABIS "to come back" with another proposal, closing with the statement: "But the proposal should find a home in the Brockton area."

The editorial page is absolutely right. And there is yet an additional reason to approve the SABIS application, besides the possibilities it opens up for Brockton students: It is an opportunity to rehabilitate the severely tarnished charter school approval process.

A Superior Court judge wrote that there was “considerable evidence” “the Board and the Commissioner blatantly ignored and violated state law” by approving the Gloucester charter for political reasons. The commonwealth’s Inspector General called the process by which the school was approved “defective.” Less than three years later, the state is closing the poorly performing school.

Mischief with the charter approval process has also prevented good schools from opening—and that is what the Board of Education can make right this year. In 2008, again because of political pressure, Mr. Reville persuaded the board to reject a proposed charter school in Brockton. It was the first time a charter proposal endorsed by the commissioner had ever been rejected by the board.

SABIS is back with an improved Brockton application, hoping the process will not be rigged this time.

Brockton officials are out in force, and this is a big test for the man who succeeded Secretary Reville last month, Matt Malone. Mr. Malone, until his move to become the new Secretary of Education for the Commonwealth, had been serving as the Brockton school superintendent. And, yes, he was very much involved, up until his departure, in whipping up anti-charter sentiment.

As always, district administrators will raise a hue and cry over money. Funding follows students from district to charter schools, but changes in the commonwealth’s charter funding formula reimburse districts are over a six-year period. Ultimately, districts receive more than double their money for every child selecting a charter school. Districts can no longer make the money argument with a straight face.

As the state Board of Elementary and Secondary Education prepares to vote on a new group of charter schools, it should answer one simple question: Why should the options of children in one of the commonwealth’s worst-performing districts be limited to a modestly improving high school and elementary and middle schools whose already poor performance is only getting worse?