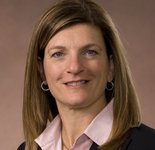 Everyone is probably familiar with the quote, “Success breeds success.”

Unfortunately, that doesn’t seem to apply to Sabis International Charter School, the charter school in Springfield, with respect to an important issue that impacts thousands of patient families and students.

Recently, the Board of Elementary and Secondary Education denied a proposal by SABIS to establish a new charter for a second school, the Springfield Preparatory Charter School, for the second year in a row.

If results matter, then Sabis Education Systems, Inc. has earned the right to open a second school in Springfield.

Let’s review the results of Springfield’s existing Sabis International Charter School over the last few years and see if you agree.

For the 11th straight year since graduating its first class in 2001, 100 percent of Sabis seniors have been accepted to a two or four year college or university.

A key Sabis goal is to qualify every student into colleges and universities around the world. The graduating class of 2012 with 115 graduates has received $8 million so far of scholarship awards. These same students were accepted to such top performing schools as Harvard, Amherst, Bay Path, Fairfield, George Washington, Holy Cross, Smith, St. John’s University, University of Massachusetts, Western New England, Westfield State, Williams and American International College, to name a few.

To win the award, a student must score in the Advanced category in either the Mathematics or the English language arts section of the grade 10 MCAS test and score in the Proficient or Advanced category on the second subject (Mathematics or English language arts) and they must have a combined MCAS score that ranks in the top 25 percent in their school district.

The 2012 U.S. News & World Report’s Ranking of the Nation’s Best High Schools awarded Sabis International Charter School with a bronze medal placing it in the top 25 percent of the state’s high schools. Massachusetts has 351 operating high schools and 87 of those schools received the U.S. News gold, silver or bronze medal. Two schools were from Western Massachusetts, one of which was SABIS International Charter School.

It is widely known that there is a substantial gap between the educational achievement of the white and the black population in our nation. The Massachusetts Department of Education measures this gap for Massachusetts and while Massachusetts is reporting a statewide gap of 30 percentage points, Sabis has reduced that gap to 15 percentage points. With 66 percent minority students at SABIS as compared to 32 percent for the state and 46 percent low-income students, compared to 32 percent statewide, SABIS has made it a priority to close the achievement gap for all students, regardless of their race, ethnicity, or income levels.

Charter schools are public schools and open to all students free of charge. If there are more students than seats, then a random public lottery, governed by strict regulations, is held to determine who will attend.

Right now, Sabis International Charter School has a waiting list of more than 2900 students. The time has come for the wait to end. These facts speak for themselves. The community needs – and wants – this second charter school.

The Massachusetts Department of Elementary and Secondary Education needs to reconsider – and approve – the proposal for a second SABIS charter school during the upcoming application round.

For more information on Charter schools, log on to www.uscharters.org.

Anne Kandilis is a Board Trustee of Sabis International Charter School in Springfield.