Dramatic evolution for schools in Lowell 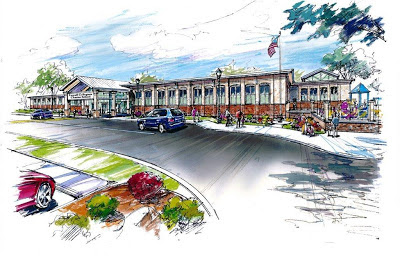 LOWELL -- The new charter school scheduled to open in Lowell this fall will have a dramatic impact on the future of the Lowell public schools as we have known them for more than 100 years.

The city was a leader in securing a good education for all going back to the 1830s. Lowell, as one of the country's first planned industrial cities, has an interesting history in public education.

The city's early school costs were mostly paid for by the mill owners. A major split, however, developed when local community leaders wanted to add a high school to the school system. The mill owners felt an eighth-grade education was adequate for the children of mill workers.

Led by the rector of Saint Anne's Church, who chaired the School Committee, the locals prevailed and voted to move forward with plans for a high school supported by taxpayers.

Thus was born, Lowell High School, an institution that became the first coed and first integrated high school in Massachusetts.

This was a bold step for citizens of that time.

The development of this new charter school, which will be run privately, without a lot of the union and traditional public-school issues that have made change difficult to effect.

The new charter school will open with more than 500 youngsters in grades K-5 and will add a grade each year until it gets to a full high-school level where it will have well over 1,000 students.

The private corporation that will run the school will receive from the state the same per-pupil allocation that the city of Lowell receives. Obviously, as enrollment for the charter school grows, the total funding going to the public schools will decline.

If you read the brochure on the new Lowell Collegiate Charter School, you can't imagine why a parent would not take a serious look at the new facility.

One, its corporate manager, Sabis International, has a proven record of success, particularly in urban areas.

Two, it talks about many of the issues parents care about: college-prep programs, student uniforms, character development, strong math and English focus, longer school days, a strict and clear code of conduct, high expectations/no excuses, parental involvement, before- and after-school programs, a tuition-free public school, run by a board of directors.

I've had the opportunity to know most of the key leaders in public education in Lowell for 50 years. Most have been pretty dedicated folks who have served on a school committee, in the school administration as principals and class-room teachers. I have a sense, however, they don't have a real sense of the dramatic changes about to happen in their lives and in the lives of students and parents in Lowell's public schools.

I also know the local citizens who have spent years looking at this charter-school plan. They, too, are well-meaning people and feel this is the right course to ensure every student has the best possible chance to succeed.

Sabis has worked in nearby Springfield, where last year its 123 graduates earned $9 million in scholarships and all 123 went to college.

With good, well meaning people on both sides of these dramatic changes, I'm not sure why I feel so edgy about the project. Maybe it has come on too fast. Maybe there has not been enough discussion? It certainly sounds like a dream come true for parents looking for an alternative, but where does all this leave the traditional public schools?

Maybe I need to do some more home work.